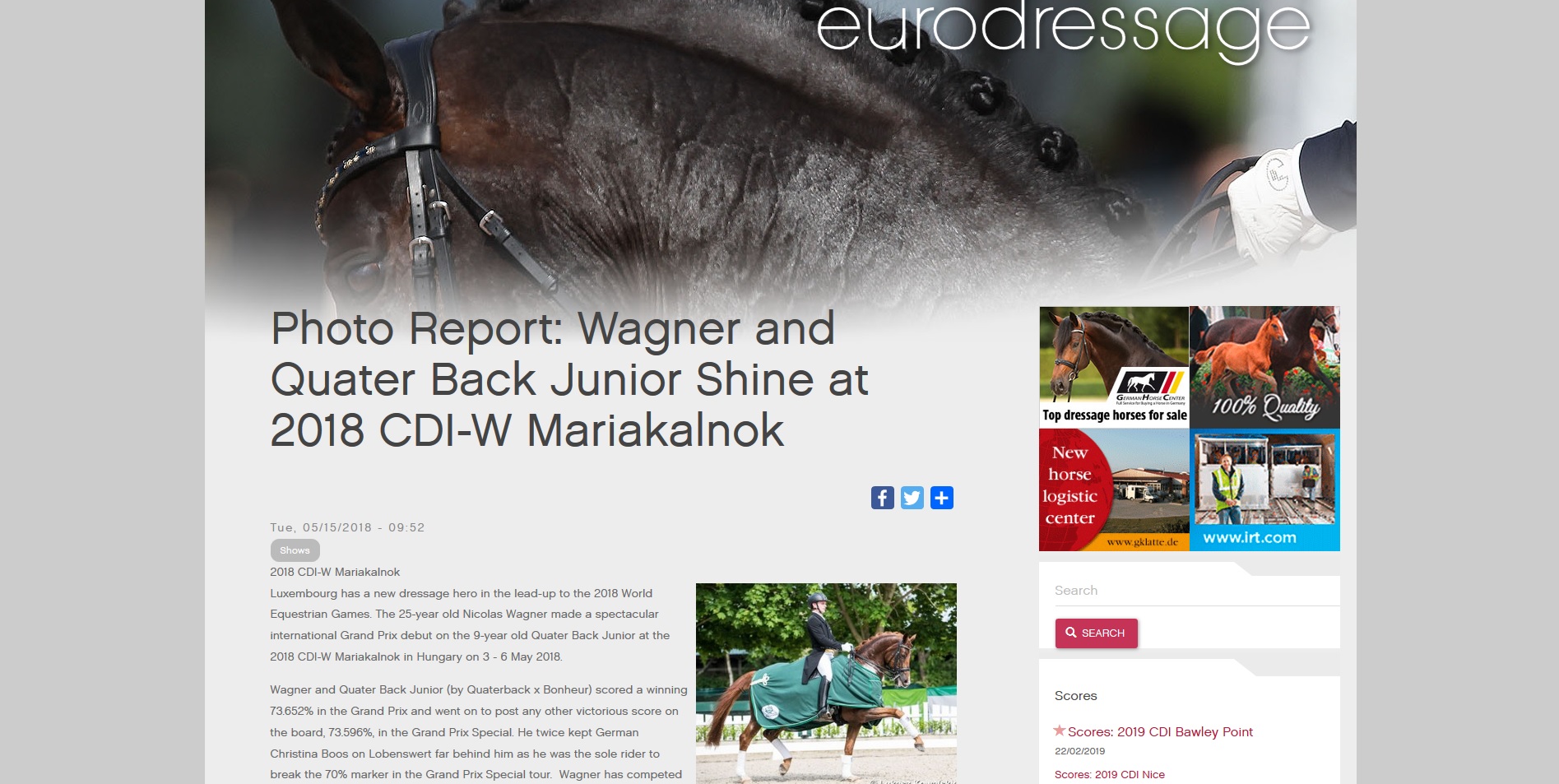 Luxembourg has a new dressage hero in the lead-up to the 2018 World Equestrian Games. The 25-year old Nicolas Wagner made a spectacular international Grand Prix debut on the 9-year old Quater Back Junior at the 2018 CDI-W Mariakalnok in Hungary on 3 – 6 May 2018.

The content is protected. Using the right mouse button is prohibited.